Can a perfect 3dfx Voodoo Retro PC be built? I built mine.

The AMD Athlon XP-m 2600+. I bought so many samples of this processor to finally find one that can be overclocked as much as I need it to. Without increasing the voltage too much of course. To permanently fix the CPU multiplier I did the conductive silver modification on back of the socket. 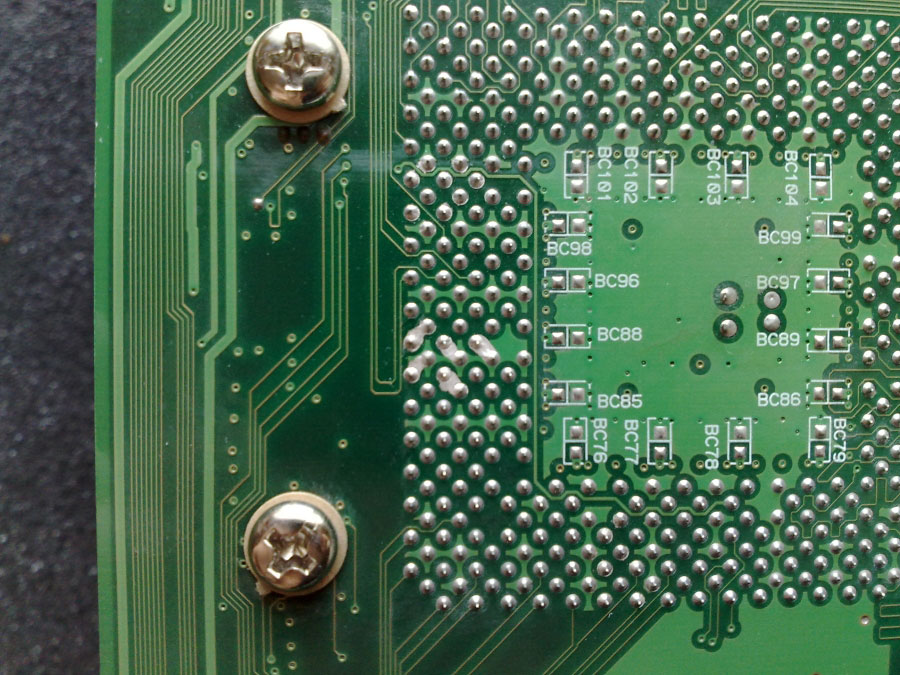 The processor has a default clock of 2000 MHz. Most times I run it at 2500 MHz (15 × 166 MHz; default voltage) which is more than enough even for the most demanding games of the era. But I can raise the clock even further to almost 2800 MHz if I also increase the voltage. 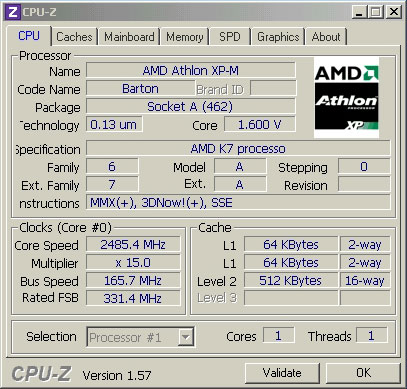 The famous EPoX 8K5A2+ is a Socket A Board that provides 3.3 volts AGP voltage. It’s popular amoungst 3dfx enthusiasts since it’s known as 100% Voodoo 5 6000 compatible.
The chipset cooler is replaced by a the CNB-S1 from Enzotech – 80 gramms of copper.

Some of the capacitors are poor quality electrolytic ones. They tend to pop and then need to be replaced.

I CNC milled a cooler for the mainboard mosfets to ensure more stable overclocking.

Pretty hard to get your hands on that board these days so I bought a spare one in 2016. 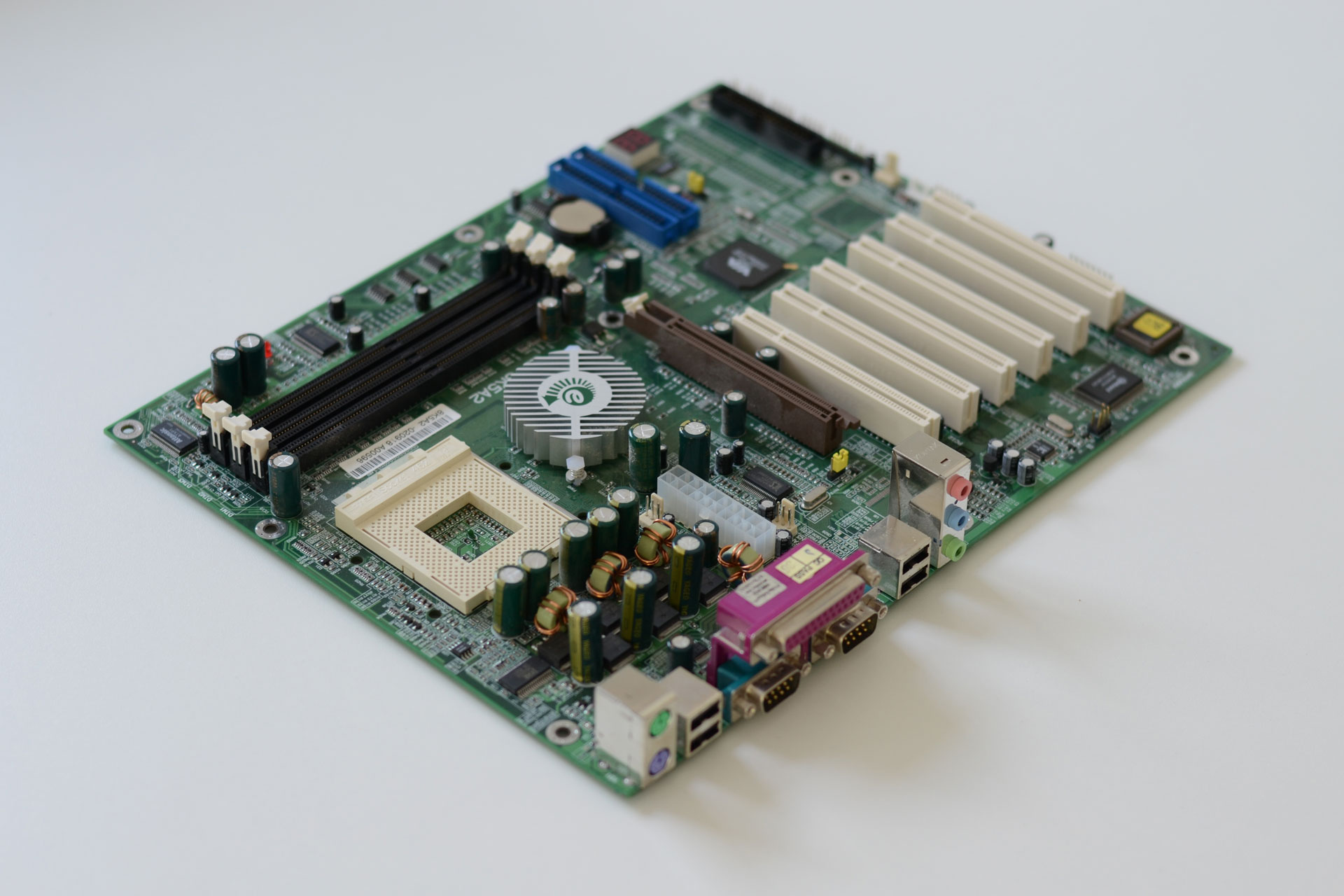 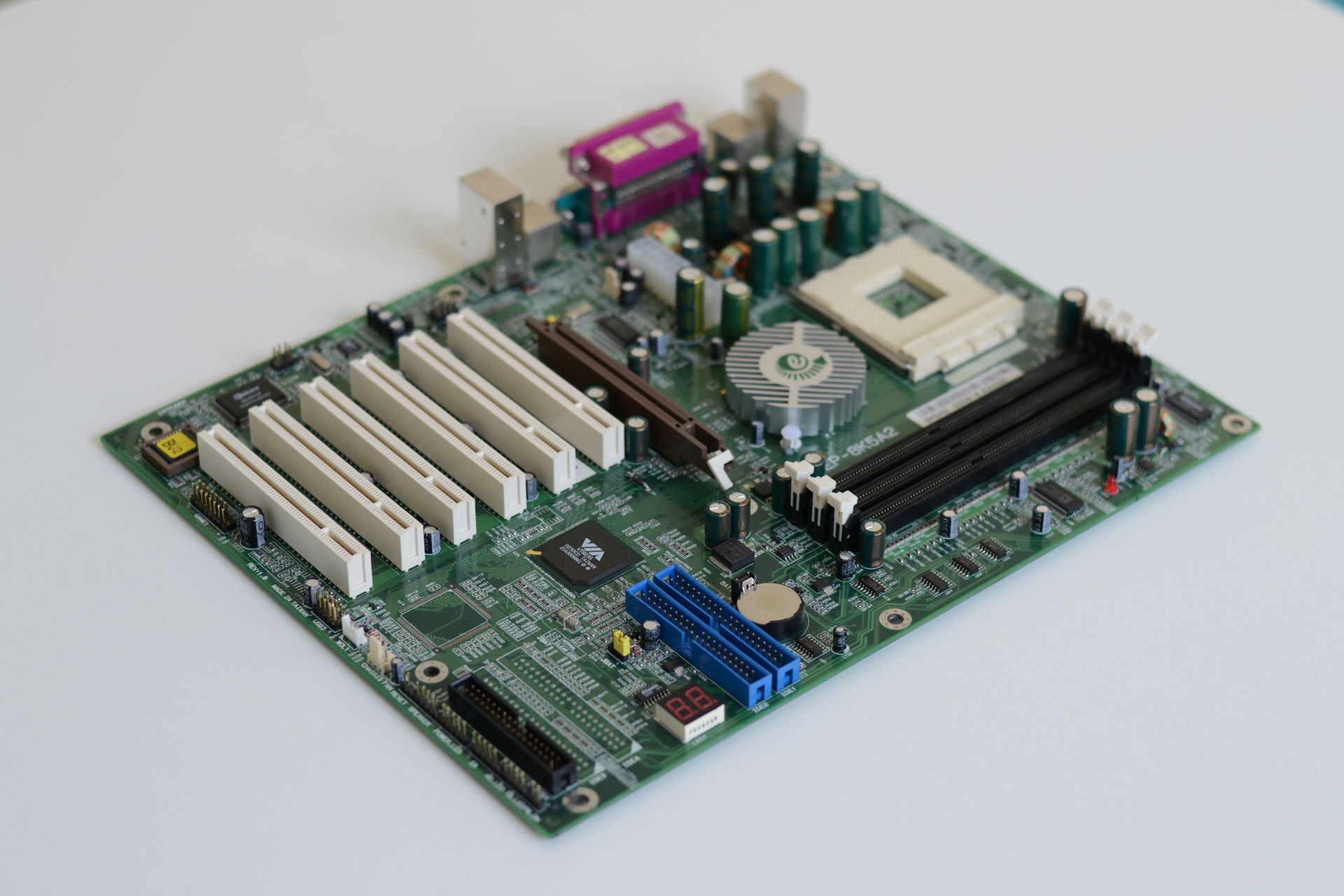 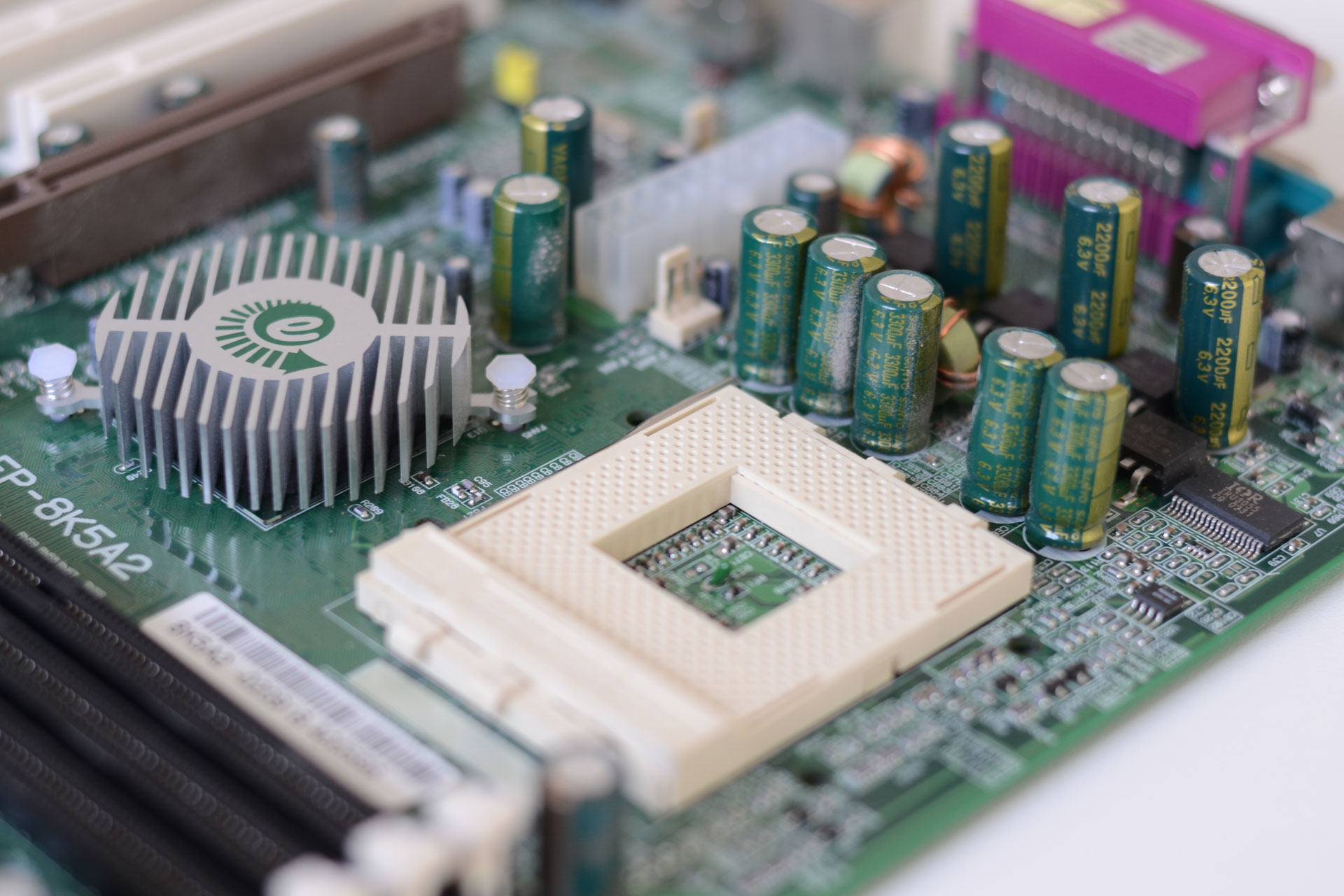 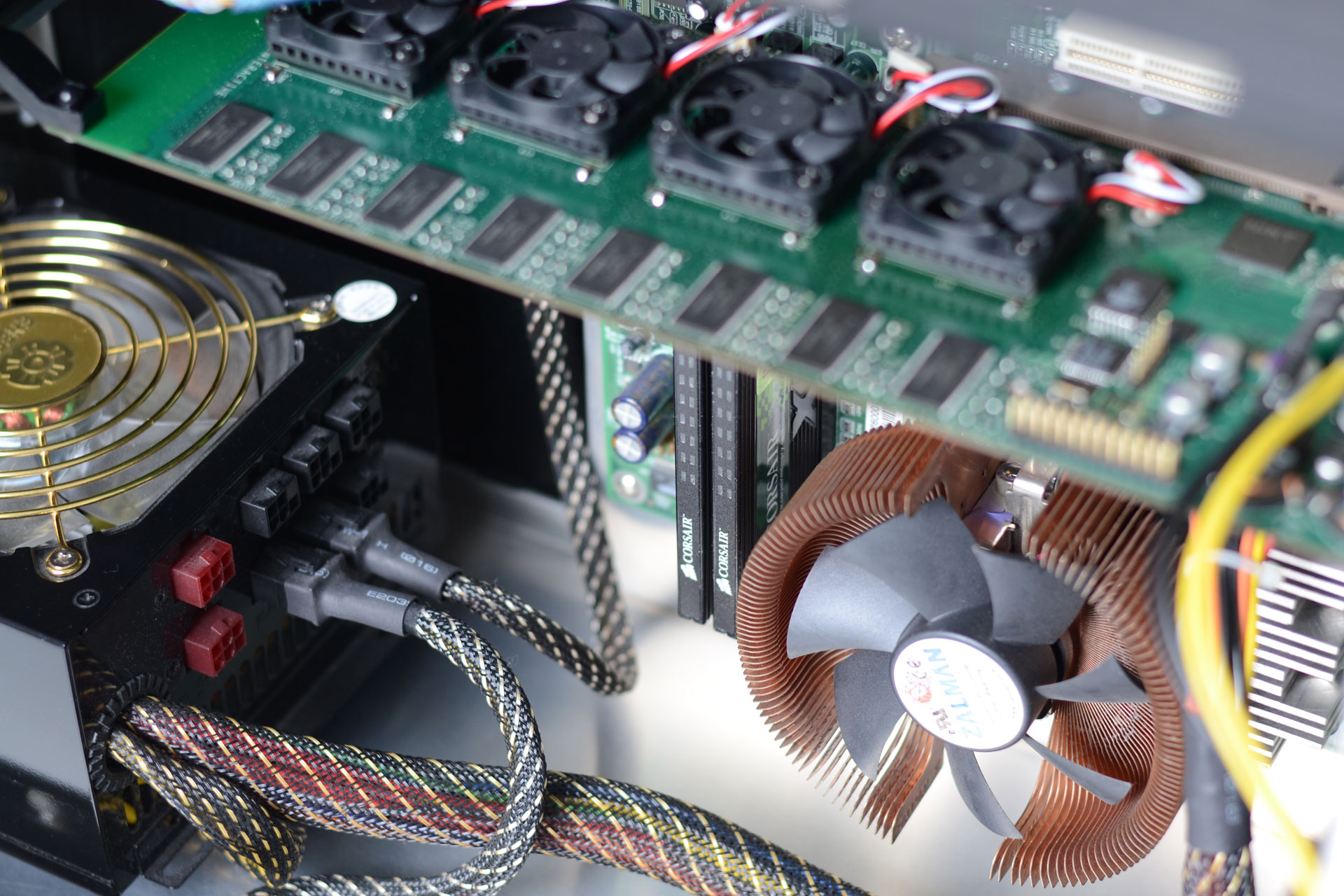 One of the newer additions to the system these memory sticks facinated me already back in the days. Two Gigabyte of G.Skill F1-3200PHU2-2GBZX got replaced by 2 × 512 MByte Corsair XMS 3200. This RAM indicates the memory load with colored LEDs. Neat. 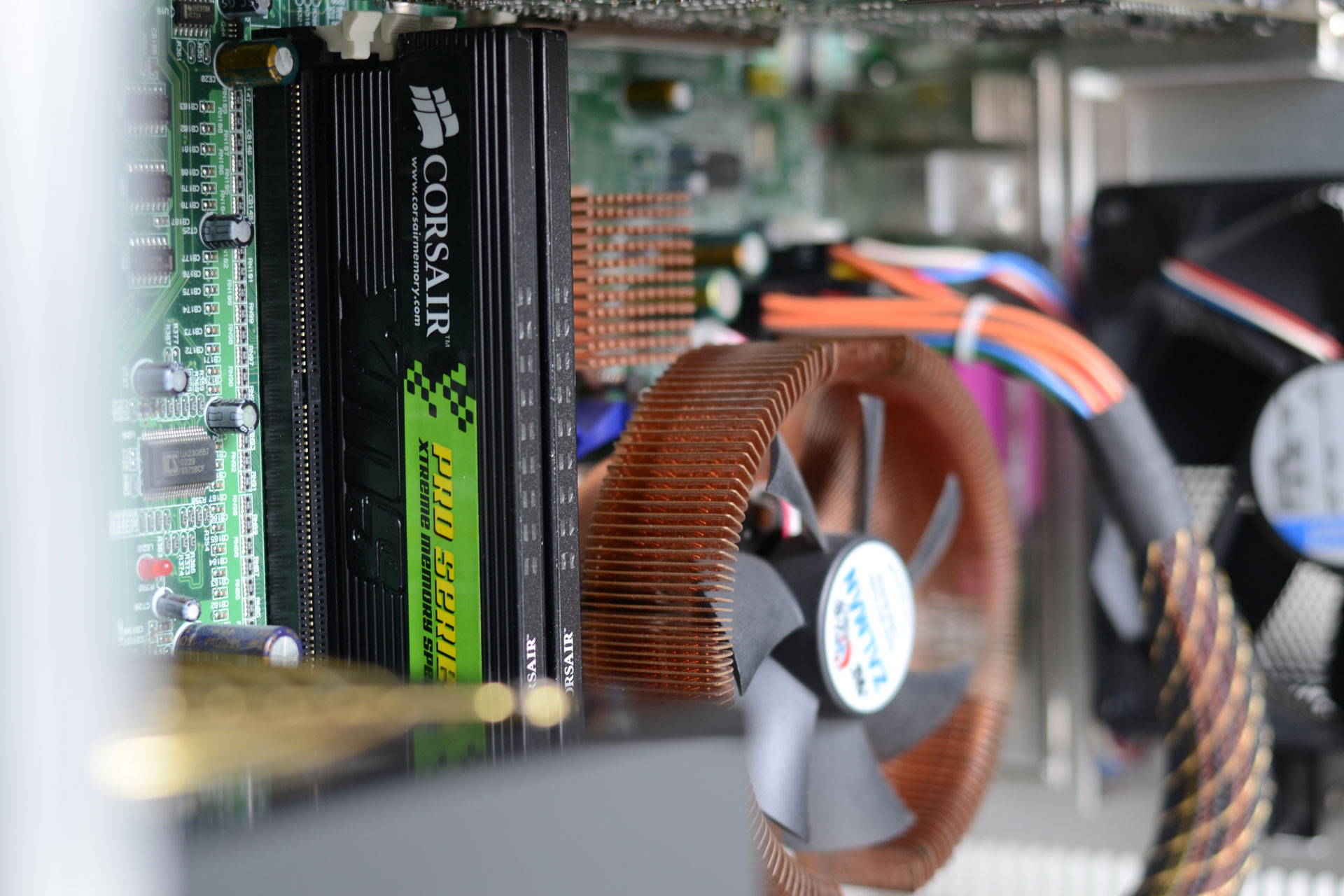 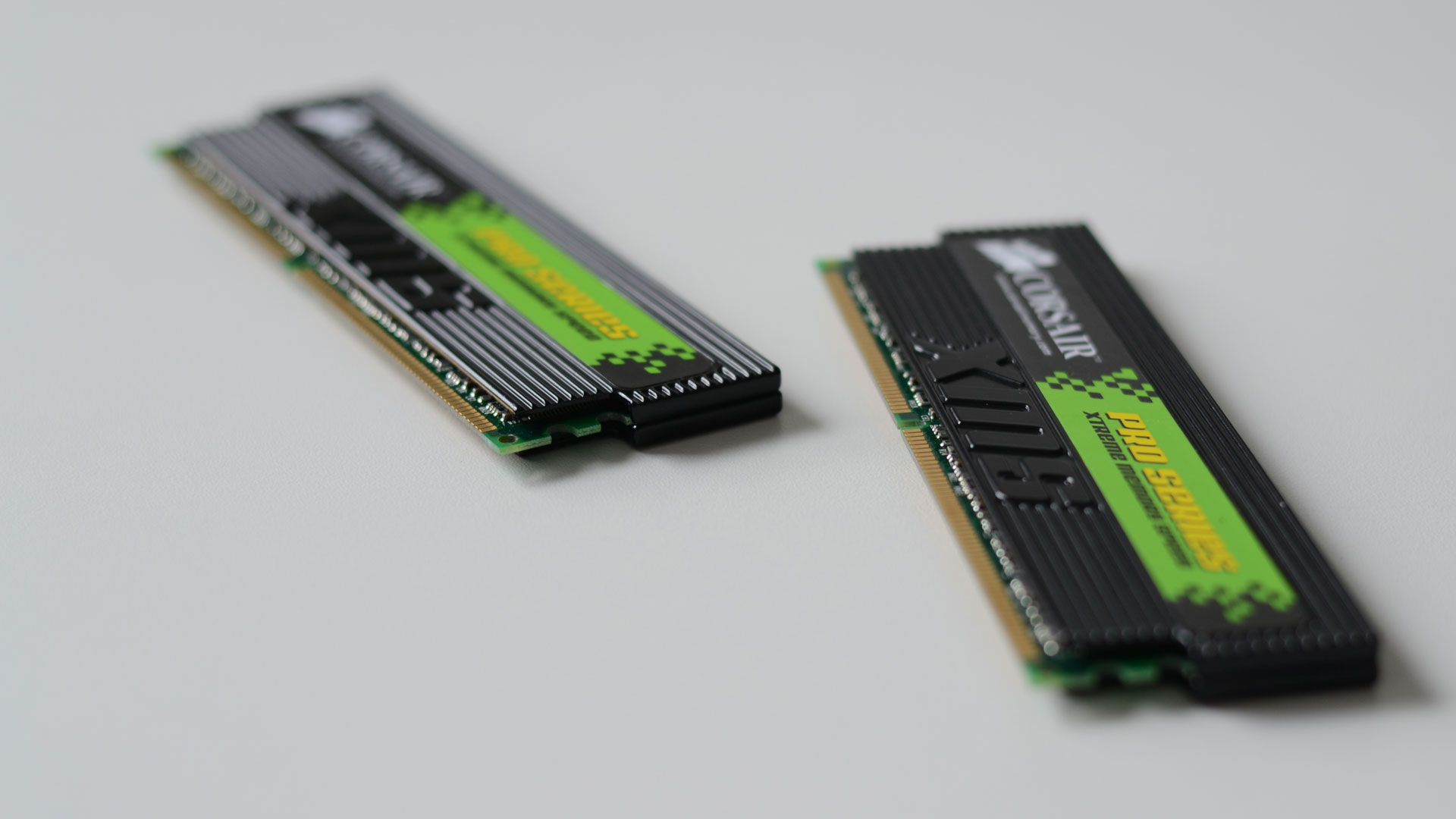 I build this system to have the most optimized basis for 3dfx Voodoo cards. the Voodoo 5 5500 is the fastest card from 3dfx produced for consumers. Once again I CNC milled – this time a massive aluminum cooler that covers both of the VSA-100 chips and the VRAM on the front side of the card. Overclocking up to 200 MHz is possible with a volt-mod. Quite a jump from the stock 166 MHz. 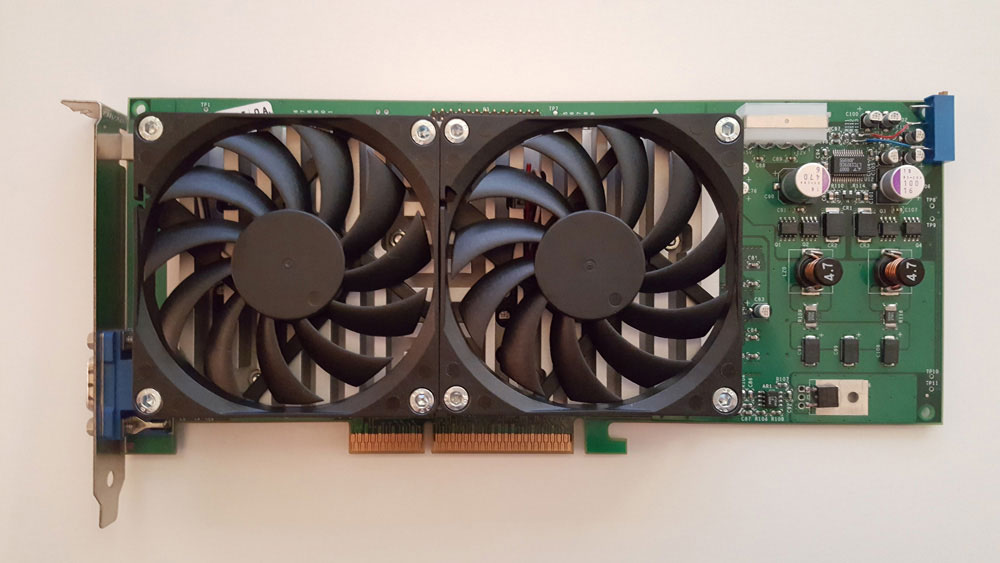 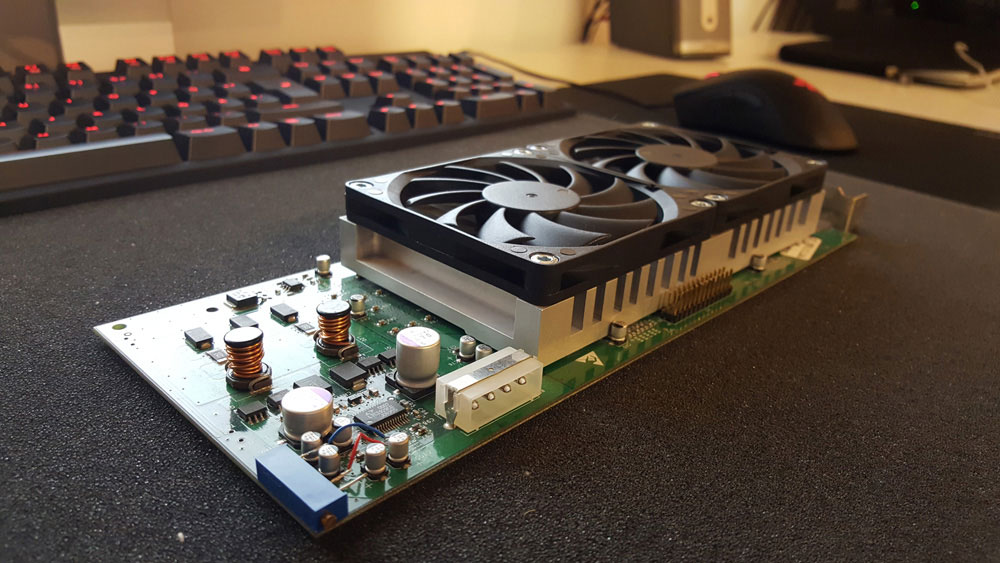 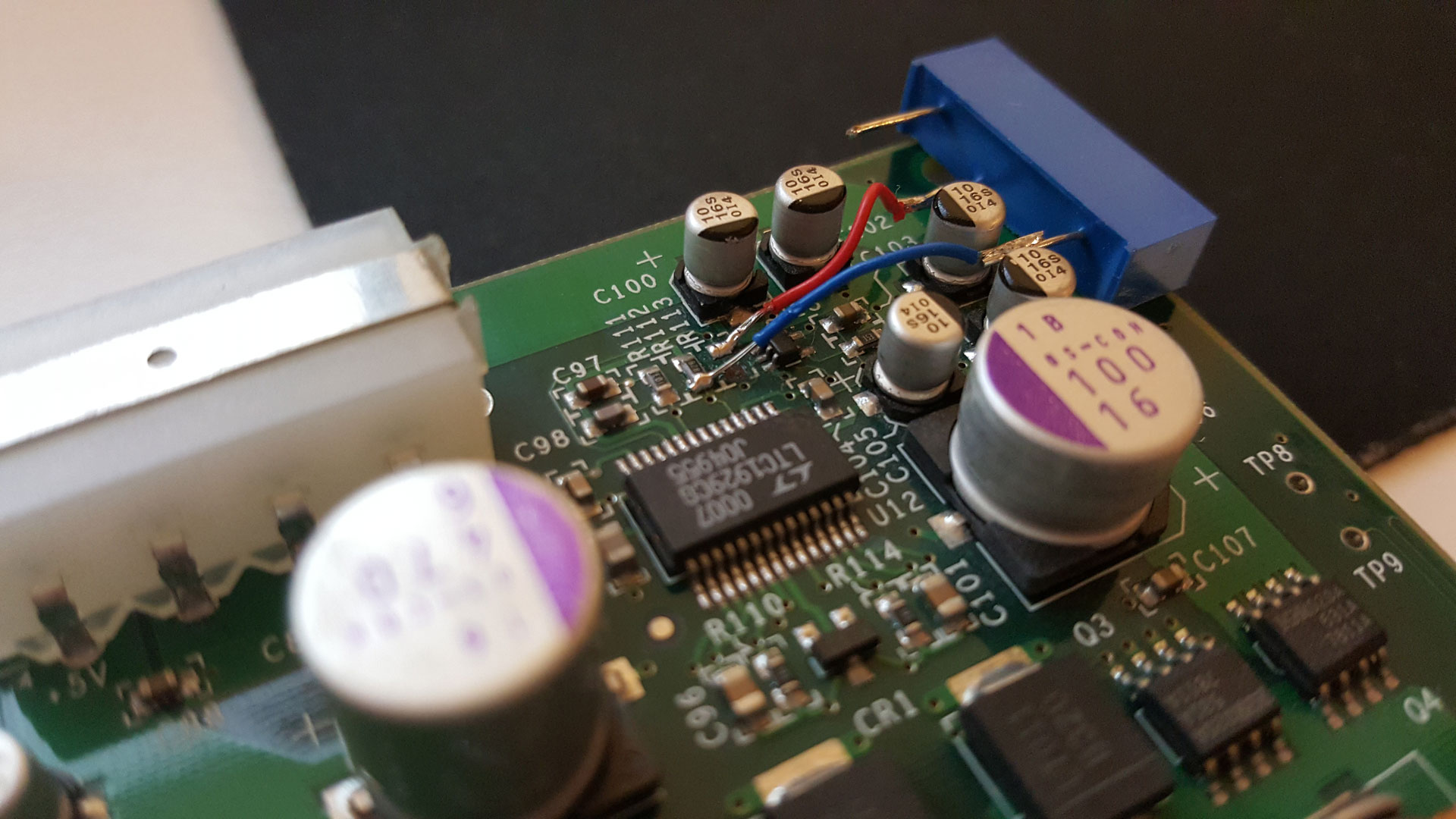 But that is only my back up card. Because I have the most legendary graphics card in the world in this system – the 3dfx Voodoo 5 6000. A prototype that never made it to market and the final masterpiece from 3dfx housing four VSA-100 chips and 128 MBytes of VRAM. Breathtaking specs for the Year 2000 and so ambitious it could never be sold. 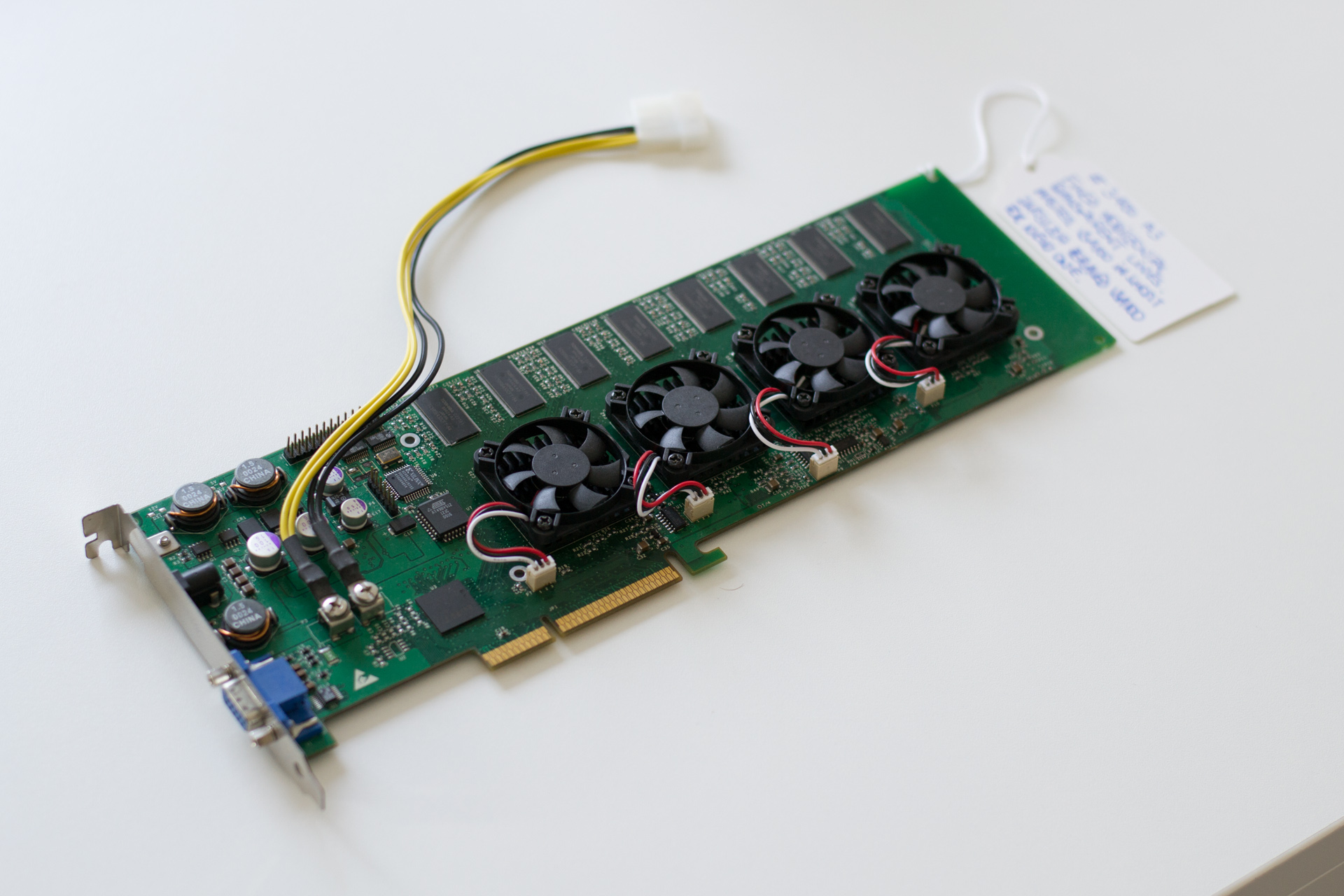 To reduce load on the processor I decided to install a dedicated soundcard. The installed Creative SoundBlaster Audigy 2 ZS supports Windows 98 and EAX. Sometimes outstanding soundeffects are the result. 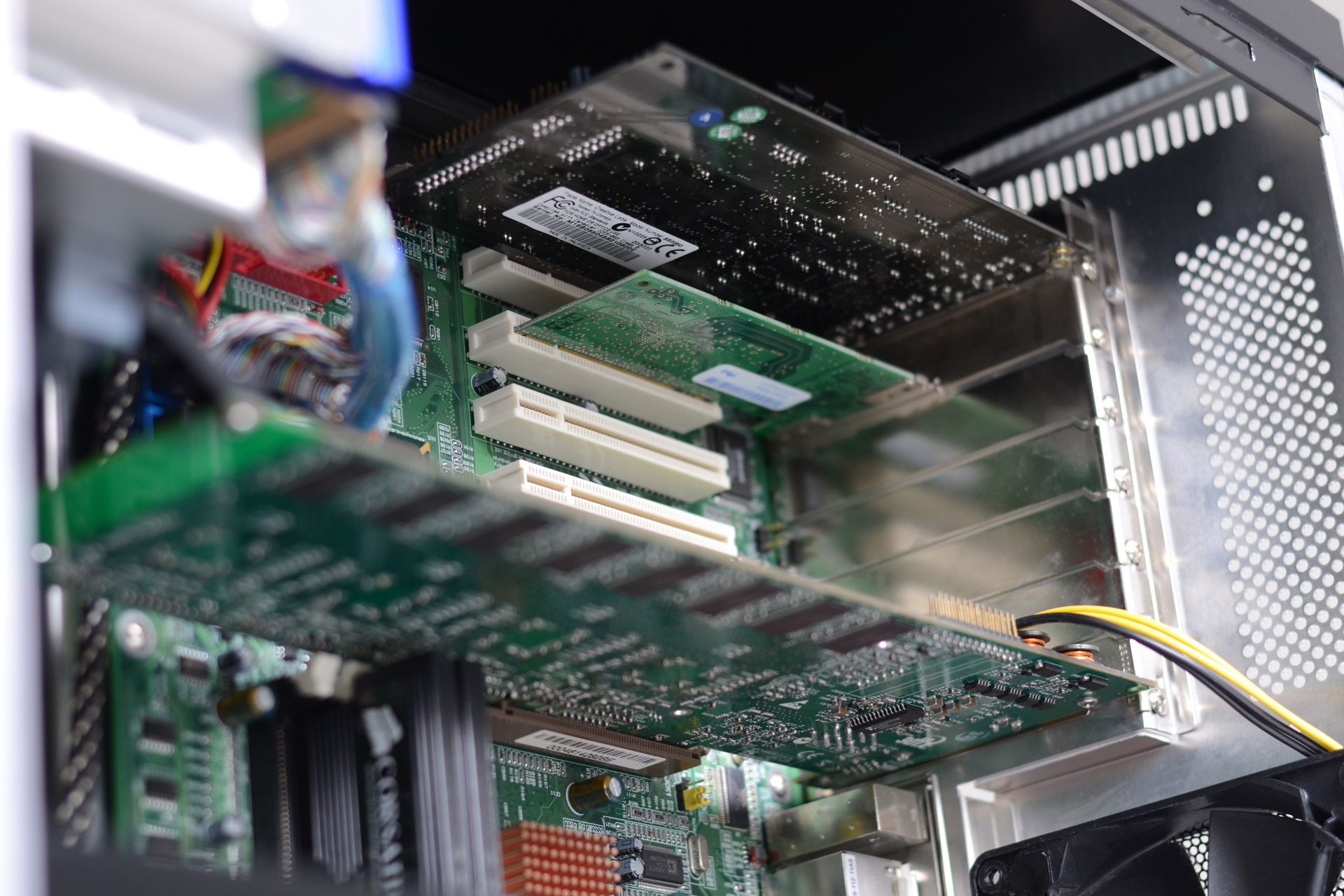 The Lian Li PC-A05 is a special case because the mainboard ist rotated 180°. This way the graphics card can be seen better. I removed the HDD cage from the case and placed the HDD in a 5,25″ slot. This way there is space for a little mount I CNC milled to hold the 6k. I also removed the connector on top of the case since I don’t use them which cleans up the case even more. 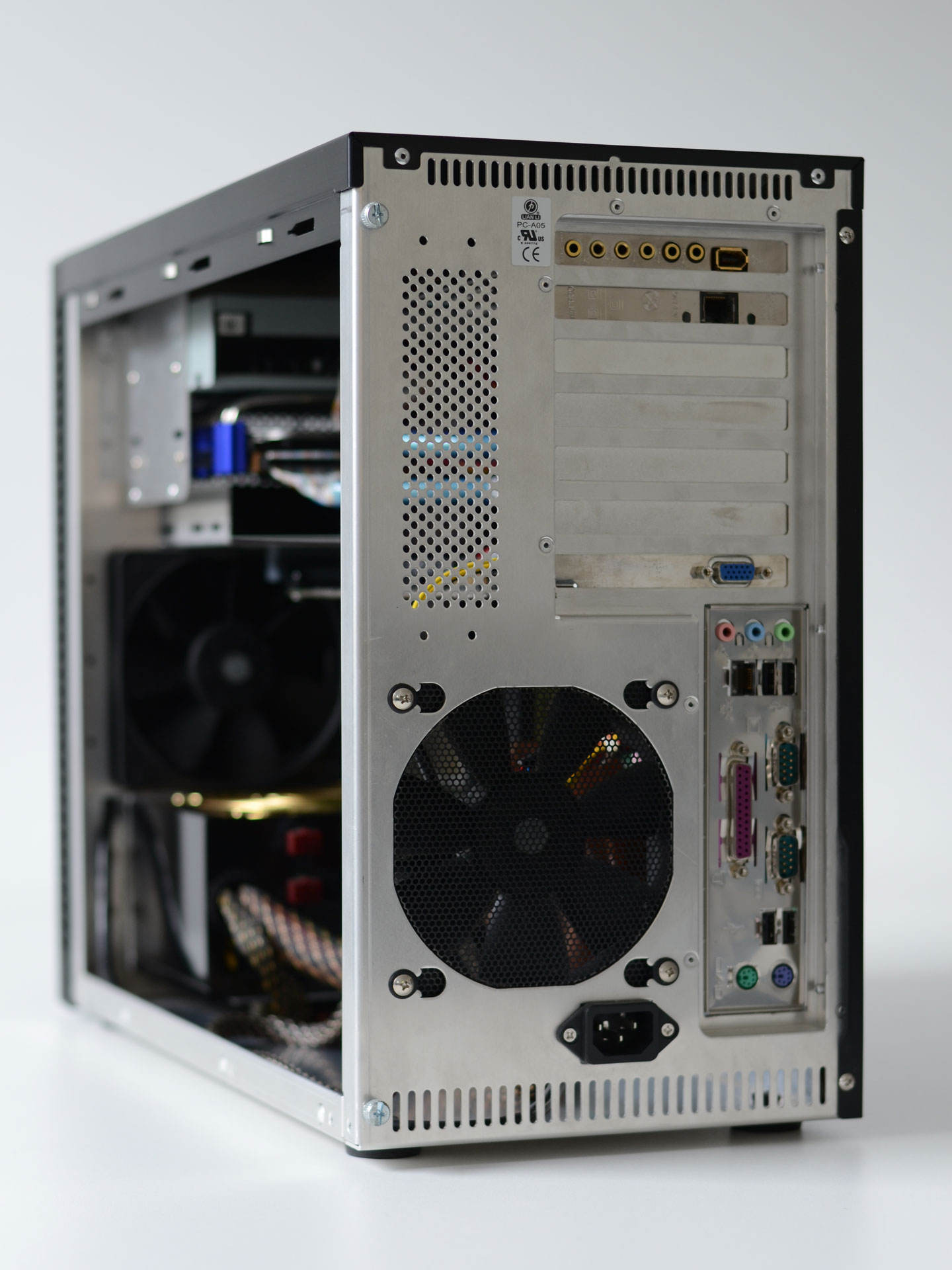 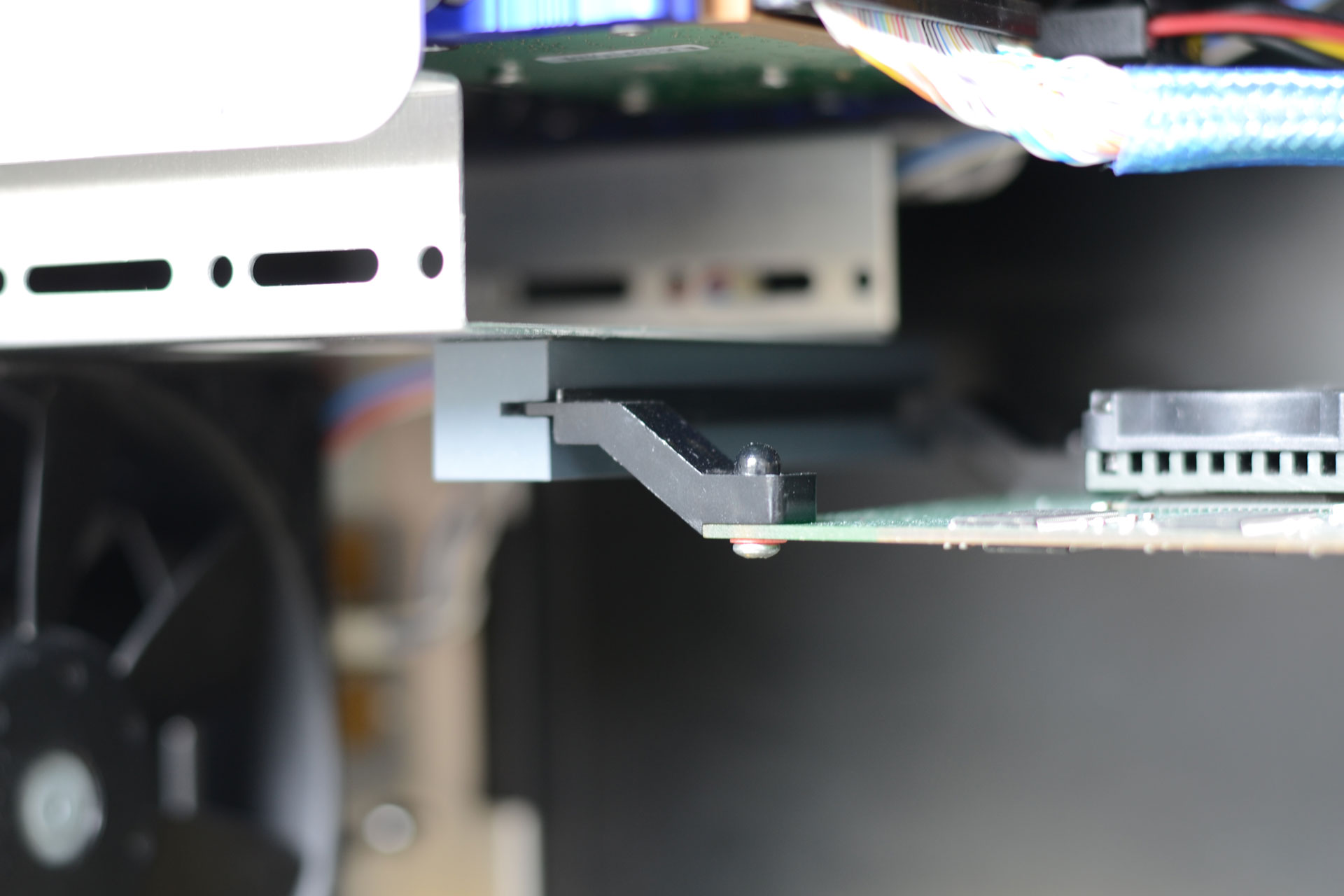 I’m running Windows 98 on this PC. German speaking people who plan to install this OS should follow this excellent guide from Tweakstone from the german VoodooAlert forum.